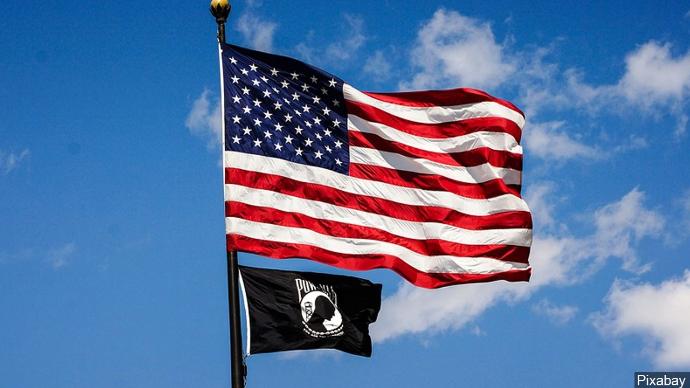 If President Trump signs S.693 – The National POW/MIA Flag Act, sponsored by Senator Elizabeth Warren (D-MA), it would require the White House, the Capitol, and several other Federal locations to fly the POW/MIA Flag below the United States Flag all the time rather than just on certain days.  Current law requires the POW/MIA flag to be displayed only on Armed Forces Day, Memorial Day, Flag Day, Independence Day, National POW/MIA Recognition Day, and Veterans Day.  The Bill passed the Senate on unanimous consent and the House on voice vote consent.

Current US Code regarding the POW/MIA Flag:
https://codes.findlaw.com/us/title-36-patriotic-and-national-observances-ceremonies-and-organizations/36-usc-sect-902.html