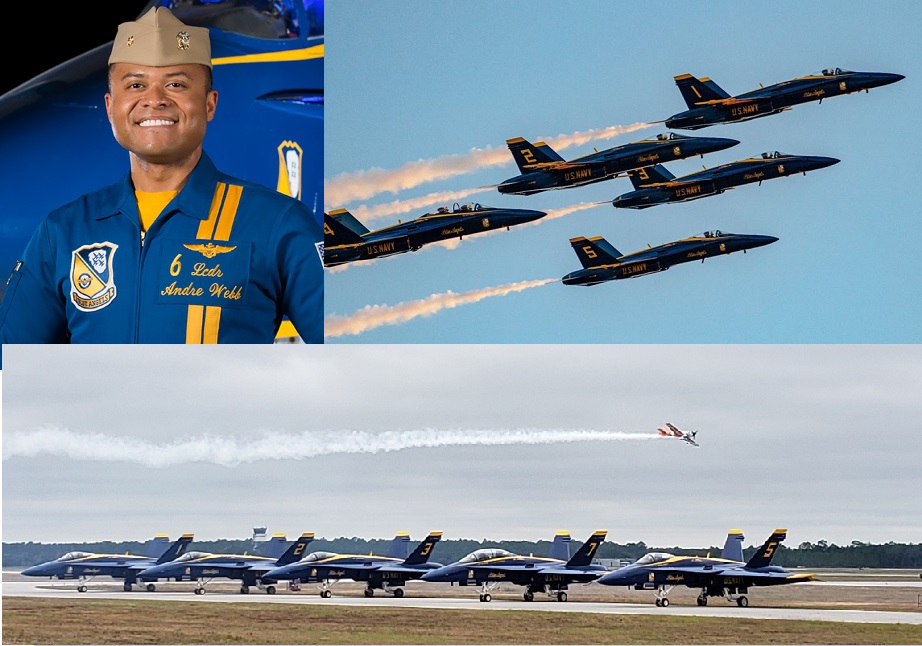 There was a notable absence at both Blue Angels flight demonstrations during the NAS Pensacola Homecoming air show this weekend.  Opposing Solo #6 LCDR Andre Webb’s plane was not on the flightline, and Webb did not fly with the Team.  As a result, #5 Lead Solo LCDR Brandon Hempler flew unopposed, but made up for the absence with several extra “sneak” passes over the crowd.

Asked why Webb isn’t currently flying with the Team, Blue Angels PAO says, “He’s not flying this weekend for private reasons.”  Since Webb is scheduled to become the Lead Solo #5 next year, we asked whether he is expected to return to the team and were told, “(We’re) (n)ot sure when he’ll return to flying but (he) is still part of the 2020 team.”

Obviously, NewsRadio hopes for the best for LCDR Webb, and we look forward to his speedy return to the Blues.

SANTA ROSA SHERIFF: MARIJUANA LEGALIZATION PROBABLY COMING TO FLORIDA; EVERY K-9 TRAINED ON MARIJUANA WILL BE “USELESS” FOR DRUG DETECTION