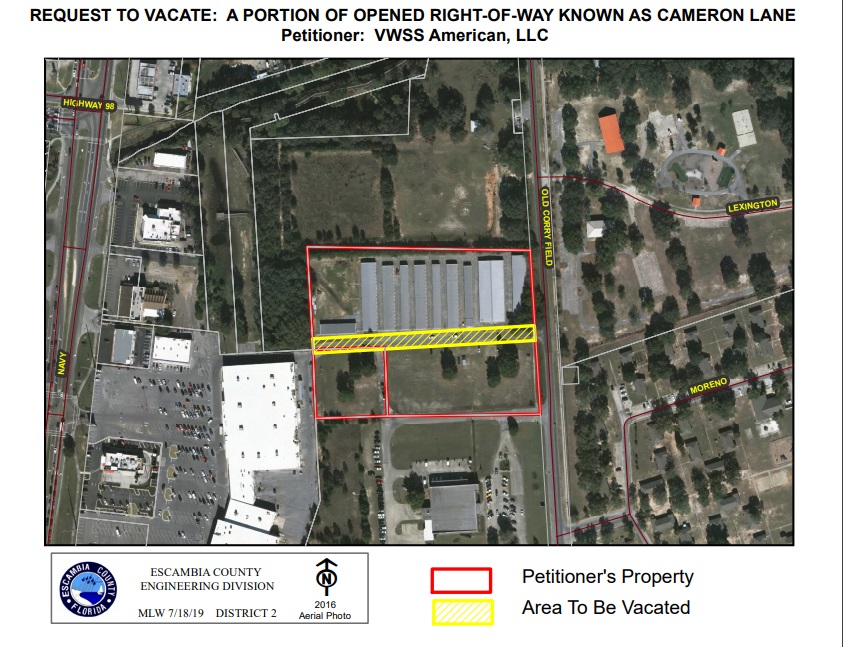 At tonight’s Escambia County Commission Meeting, the Board voted to deny the petition to vacate Cameron Lane on the West side of Old Corry Field Road.  After numerous local residents spoke about the importance of keeping the popular cut-through open, District 2 Commissioner Doug Underhill moved to deny the petition.  He explained that the reason he had put this on the agenda in the first place was because any citizen who requests a hearing with the Board has a right to such a hearing, not because he ever supported the vacation.

One of the principle investors in the storage unite company spoke about the safety hazards of the current use of Cameron both to his clients and in general.  He also explained that the terms of the original agreement have never been met by the County, meaning that in a legal sense, the road is private anyhow.  Despite these claims, the Board decided to vote unanimously (without Lumon May) to deny the petition.

At that time, Underhill warned the citizens in attendance that he believes this matter should and will be resolved in civil court, where a judge may well rule in favor of the petitioners (VWSS American, LLC., the storage unit company).  He also indicated that business growth in the mall and related liability insurance concerns may eventually impel the Mall owners to also close the access.  Underhill also warned there would be nothing the County could do to stop that, if it did happen. 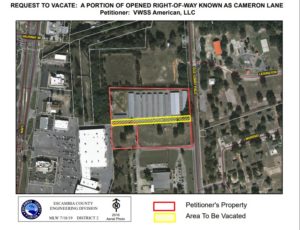