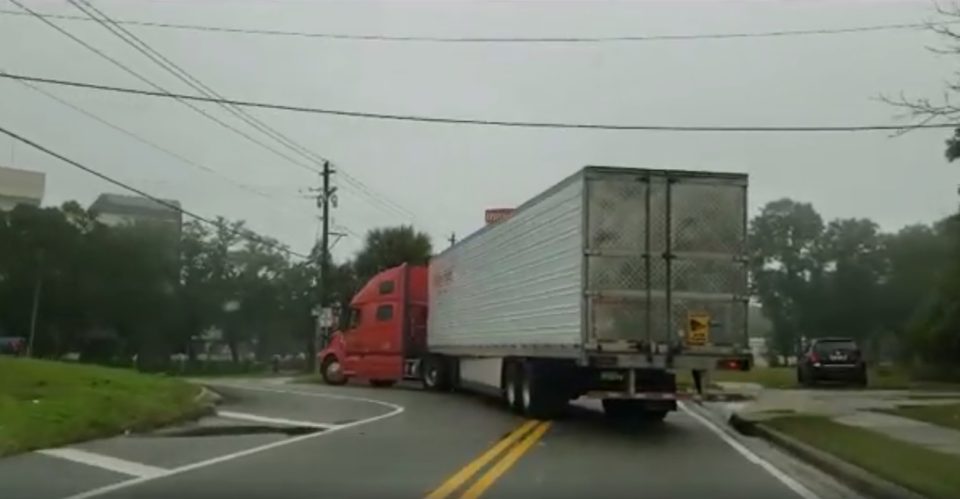 At tonight’s Pensacola City Council meeting, the Council entertained the request by Baptist Hospital to vacate Rawson Lane south of Brent Lane, Corday Street from Dixie Drive to I-110, and Joe Elliot Way as a preliminary step in their massive construction project for a new hospital.

One of the key concerns raised by Council and by members of the public is the future accessibility to the industrial park by 18-wheel tractor trailers.  Currently, from I-110, the traffic light at Rawson Lane provides this in its safest form.  If Rawson is vacated (and closed, although that would be a separate step), the only alternatives would be from the south via Hyatt / McCoy / Royce / Chaney through the residential area or else from the north via the access roads on either side of the Brent Lane viaduct.

http://podcast.newsradio1620.com/post/6184/Scott_Raynes_-_President_of_Baptist_Hospital.html
Raynes said he is committed to working out the challenges of truck traffic in this area and that Baptist wants such access for their own purposes as well.

Following that interview, Andrew took a driving tour of the area.  During that longer tour, Andrew was able to observe a tractor trailer using the southern access to Brent eastbound.  As you can see around 12:15 in the video,  the truck obstructs ingress from Brent and must cross the lane markers to do this.  A similar video of the northern side access to westbound Brent was shown to Council with similar effect.  In the end, because of unanswered questions about this access for trucks, the Council decided to wait on approving the vacations on first reading until more information and better solutions are available. However, all members of Council expressed strong support for the hospital project in general and their hope that these traffic access challenges could be resolved to everyone’s satisfaction.