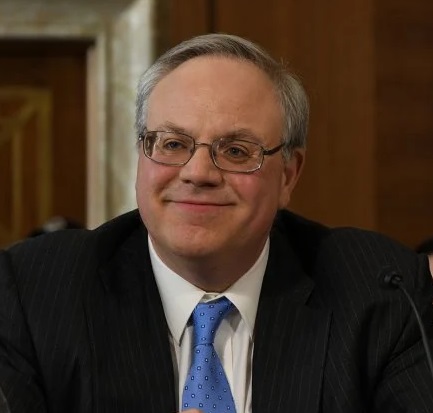 Visiting Pensacola for the first time today, Interior Secretary David Bernhardt tells NewsRadio he is here to see what sort of deferred maintenance needs Fort Pickens has and to meet with staff there to talk about the park.  Bernhardt says today happens also to be when the US Senate is taking up the question of securing park funding and also creating a permanent financial stream for the Land and Water Conservation Fund.

I asked the Secretary about the prospects for saving Fort Pickens Road from abandonment, as is the current plan of the Gulf Islands National Seashore the next time a major storm damages it.  In case you don’t know the history, that’s why the Park acquired the ferries in the first place.  They are meant to the be replacement transportation service for when the cost of repairing or maintaining the road become too burdensome.  At that point, cars will no longer be able to access Fort Pickens, which also means the campground will no longer be available for driving visitors.  Bernhardt understands that concern and reassured me, saying “I’ll look at that issue and visit with them specifically about that this morning and get a sense of what the folks on the ground believe.  But I will tell you as a general matter, as a general matter from the president on down, our goal is to preserve and expand public access, not be diminishing it.  And so, you know, we have these issues across the country, and I’ll give this a very hard look because at the end of the day, the President fundamentally believes that our greatest opportunity for conservation is to get folks out utilizing and enjoying our public lands because that leads to them loving our public lands.”

He even explained how strongly he believes this, saying, “The public, these are their lands.  I grew up in a very modest background and the access to public lands meant everything to me, and we want it to mean everything to every American.”  He added that the specific purpose of the Senate Bill is to facilitate the dual mission of the Park Service’s job, which, “on one hand is preservation, but on the other hand it is providing opportunities for the enjoyment of the American people.  So we’ll take a hard look at that and we’ll absolutely see.  We have a number of challenges in our Park roads, and this Bill is specifically designed to give us the resources to deal with that.  So I’ll look at it and take a good look, but I want you to know and I want your public to know that access is critical to us, not only on our parkways but in our wildlife refuges.”

On the matter of offshore drilling in the Gulf of Mexico, the Secretary was more measured in tone.  Formerly the the Solicitor for the Interior Department from 2006-2009 under George W Bush, he said that he could not give an outcome promise on whether offshore drilling would be allowed in the Gulf because that question is currently in the process of being reviewed.  However, he did say that he has worked a lot with the Outer Continental Shelf Lands Act, which is the relevant legal document.  He said, “I cannot be pre-decisional, but I can tell you this point because it’s historically completely accurate.  Here’s the thing that I know.  I know that since I’ve been aware of the Outer Continental Shelf Lands Act, there’s never been an instance, there’s never been an instance where leasing has occurred in an area where a State objected to.”   Bernhardt added, “The process we have requires collaboration with the State, requires an opportunity for folks like Senator Rubio and Scott to weigh in, and your members of Congressmen and the public.  The views that come through through that process for Florida I think are generally crystal clear.  So I can’t say what the end of the process would be, that would be completely inappropriate.  But what I can say is I am confident of that process.”    The people should have confidence that their elected representatives are heard, their Senators are heard, and that their own voices are heard.  That is why we have these processes.”

PROTEST ORGANIZER SAYS THEY ARE STAYING AT CURRENT LOCATION; IT’S OKAY TO PAINT OVER SOME OF THE BRIDGE NOW; THEY WILL ACCOMMODATE BOATERS; THEY DO WANT MONUMENT REMOVED