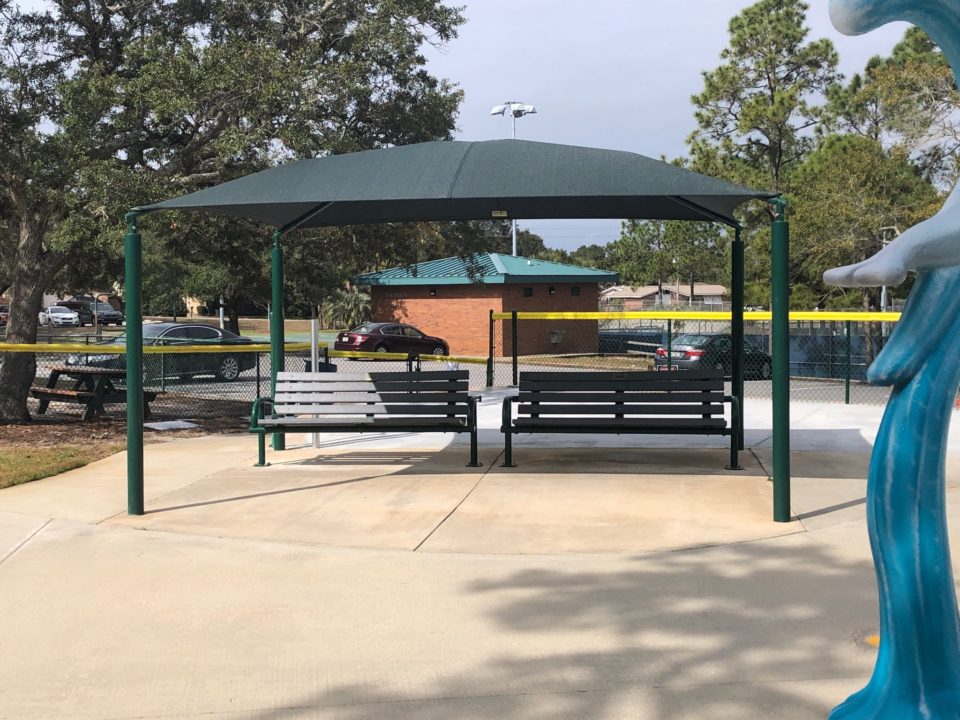 At Monday night’s Gulf Breeze City Council meeting, the Council voted to accept $5,000 from Bill and Jill Lee for the construction of a second shade area for parents and grandparents at the City’s splash pad.  City Manager Sam Abell tells NewsRadio that the Lee’s had wanted to do something for the City as a result of their grandchildren enjoying the small water park so much over the last year.  The completion date for installation is roughly four weeks.  As a side note, Bill’s father, Wayne Lee, was a member of the first City Council after Gulf Breeze incorporated.

Background from Agenda Item:  The Lee Family has played an active role in the Gulf Breeze community for many years. Mr. Wayne Lee and his wife, Marty, moved their family to Gulf Breeze in 1954, where they were founding members of Gulf Breeze United Methodist Church. Mr. Lee also served on Gulf Breeze’s very first City Council. Prior to his passing in 2011, Mr. Lee was instrumental in the establishment and funding of the first “Dog Park” in Gulf Breeze and actively supported the restoration of Dead Man’s island.

Note about the picture:  This photo shows the existing structure funded by Gulf Breeze Will Do.  Parks Director Ron Pulley tells NewsRadio that the new area will be identical to this one but in a different area within the fenced perimeter.

PENSACOLA LIGHTHOUSE VISITS DOWN 82% IN JANUARY; PROPOSED “ENCLAVE” ACCESS PLAN COULD MAKE THEM “A NON-PUBLIC INSTITUTION”