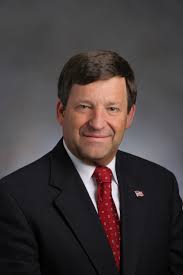 GEORGE STONE
At one of last week’s Florida Task Force meetings, Education Secretary Richard Corcoran raised the issue that as unemployed people seek retraining by attending technical schools or two-year colleges, this could create a capacity challenge for those institutions.  In response, Escambia Superintendent Malcolm Thomas says that George Scone has historically been “pretty nimble and adjusted to whatever the demands were that were being placed on us.”  He said the recession of 2008 put similar demands on the Center, and it managed to adapt to those needs, so he doesn’t expect it to be a challenge.

PRIVATE SCHOOL EXODUS
Another concern has been whether public schools have sufficient capacity to accept the children who are currently enrolled in private schools but whose parents may have suffered a loss of income forcing them to remove their kids from those schools.  Again Superintendent Thomas was confident that the current excess capacity available in Escambia schools could accommodate this change.  He also said that some of that may be mitigated by parents of current public school children opting to homeschool next fall out of concern for safety with the virus.  “We have capacity at every level (elementary, middle, and high school) to take on another 1500 students without it stressing us too much.”

DISTANCE LEARNING
On the subject of the ongoing experiment of distance learning, Thomas agreed that whereas parents and students were highly engaged and eager in the beginning, some of this has waned as the fatigue and stresses of the stay-at-home order have dragged on.  “I’ve always felt like sustainability was gonna to be the big problem with this remote learning. And that goes for the parents as well as the teachers. This remote learning is not really simple.  And it doesn’t work well for all students and certainly not all families. If you’re a family with multiple children and multiple ages and you’re trying to remote work at home as well, there’s a lot of stress in that home.”

REOPENING IN MAY
Asked whether there is any realistic chance of reopening school this semester, Thomas says that’s very unlikely.  He is already planning for high school summer school to be virtual on the expectation that the current scenario will last at least 30-60 days.  He says that even something as simple as school buses can’t be run with the current crowd restrictions on social distancing.

FALL SEMESTER
On the prospects of the fall semester, Thomas says, “There are so many variables that are outside our control.  I will tell you if we cannot go back in the fall, it’s going to be traumatic.  It’s going to be traumatic for so many reasons.  One, if somehow we have to delay the start of school, then employees would be in jeopardy of not being paid because some employees only get paid when students are in session.”  So the purely economic issues for employees are going to be major if school doesn’t start on time in something like the regular way.  “If you talk about delaying, those are gonna be tremendous economic pressures that our employees have not felt to this point.  So, it’s important that we be able to start on time.  I also think it’s important that we start face-to-face.”  He says it’s one thing to finish out a year remotely, but to have to start that way and then navigate back to in-school learning would be far more challenging for both students and teachers.

SCHOOL SHELTERS DURING HURRICANE SEASON
When asked how the COVID-19 issues will affect the prospect of using schools as hurricane shelters, Thomas said, “I do agree that for this particular hurricane season, the idea of putting people in large groups in our buildings could be problematic.  So I think we’re going to have to be innovative and try to find a creative solution for this year.”  Thomas added that in recent years the use of shelters has actually been pretty low because people have either evacuated early or found other solutions.  However, he notes there will always be some people who have no better options in case of an emergency.  He also said there has been some talk of the federal government potentially reimbursing people for using hotel rooms since that would separate families from each other and also use facilities currently sitting idle.