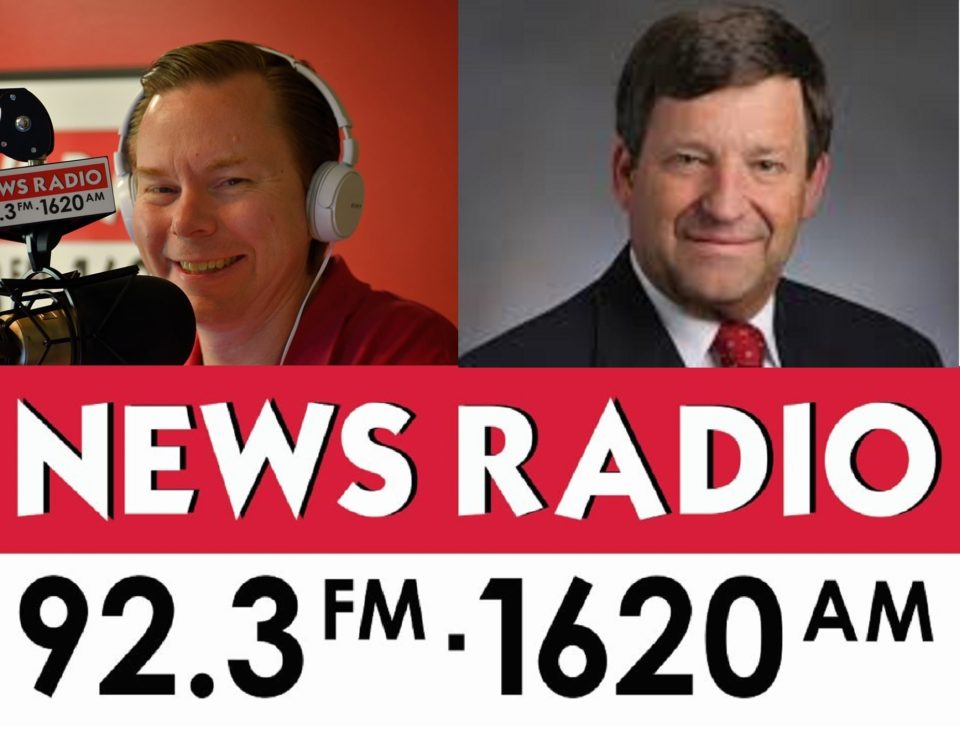 On Thursday NAS Pensacola Commanding Officer Captain Tim Kinsella commented during a Chamber of Commerce event that the perceived deficiencies of schools near the Base create a challenge to the military mission for people with children considering taking assignments here.  Responding to this charge this morning, Escambia Superintendent Malcolm Thomas says this perception fails to take into account the numerous improvements to our schools during his tenure as well as the educational options available to the children of service members.

Thomas tells NewsRadio92.3 that the idea that a member of the military would have to choose between serving his country or educating his children is “very disparaging and disappointing coming from someone in his posiiton.  To my knowledge, he’s only visited one of our schools. He’s only been inside one school, and when he saw what we were doing there, a Skype room for deployed military members so that the children during the day because of the time zone difference could actually communicate with their parents, he was impressed.”

Moreover, Thomas says the idea that a school or area can be reduced to just a ranking is misleading.  “I think what we’ve got to do is we’ve got to quit looking at some percentage and some ranking because if you look at rankings, there are a lot of rankings that Escambia County looks pretty poor in   We’ve seen our health surveys.  We’re ranked at the bottom of Florida every time they do one of those.  We’ve got some poverty in our community.  But in spite of that, we’ve been making good progress, and I think people ignore that.  And what I’d rather see the Commander doing is help educate those members that for the second year in a row Escambia County has been ranked a B as in Bravo school district.  92% of our schools are now rated C or highger.  That is a dramatic improvement even over last year.”

Thomas added that school choice is a key option for members of the mililtary, touting the availability of district-wide school choice as well as Escambia being the only District in Florida to have a Magnet School at the Elementary, Middle, and High School level (NB Cook, Brown Barge, and West Florida Technical) and that military members get preference to go to those schools.  Thomas also says that the wide array of alternatives available in the 73 career academies mean that children of military members have many options beyond just the low-rated schools near the Base.

Other sources have commented to me that despite these facts, each of those alternatives has shortcomings.  For instance, although military kids get preference in school choice, the preference is for openings after local enrollment is gathered rather than before.  Also, mid-year transfers so common for military children are not accomodated into the Magnet School lottery system.  Of course, putting a child partway through the unique curriculim at a Magnet would also prevent its own challenges.  Brown Barge, for instance, cannot be started anytime other than sixth grade.  Adding to the challenge is that even if a military child gains enrollment in a better school, transportation beyond the local school falls to the parents to provide, which is difficult if both are working.

Another item Captain Kinsella had mentioned during his Thursday comments was the possible value of a Charter School for the West Side or even on board Base.  Thomas said that parents are free to pursue this option if they want, but that the Base option is limited because there just aren’t that many families actually situated on board NAS Pensacola.  Also, he believes that military families commonly send their children to the better schools in the area anyhow, so it would have to compete against Blue Angel or Hellen Caro Elementary for students.  In addition, the brand new Pleasant Grove Elementary coming in a few years will add another, better public option for militlary members’ children.

ANALYSIS:  It is my opinion that there is truth on both sides here.  Escambia has made significant progress on a variety of fronts to improve education.  However, some of those options remain unavailable because the best schools and the magnets are full.  Similarly, although Escambia education in general may be better, the challenge is that few of the positive features show up easily in a quick search for school quality on a common resource like GreatSchools.org.  This means service members stationed elsewhere offered the choice to come here will still see facts that concern them enough to opt away from Pensacola until the raw school grade ratings around the Base improve dramatically.  Because in February, the Department of Defense specifically issued guidance that any future Base Realignment and Closure (BRAC) would need to consider school quality, this is a challenge we must address before any BRAC threatens the military mission here and the 40% of our economy it represents.

Listen to the full interview here.

SANTA ROSA SHERIFF:  WE AREN’T TRAINING NEW K-9s FOR MARIJUANA; HEMP IS BEING GROWN IN JAY