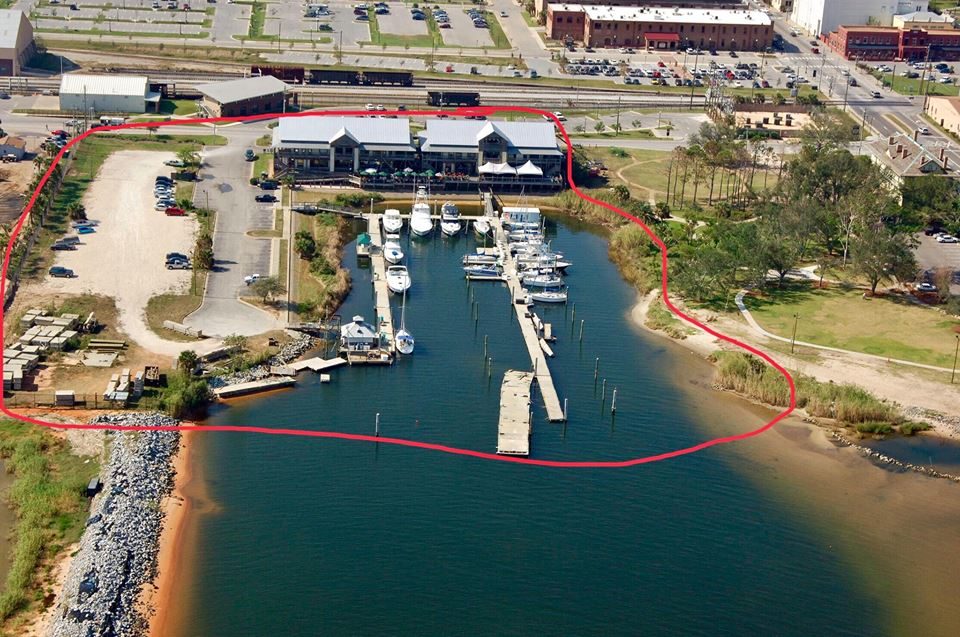 Mayor Grover Robinson Says:
PITT SLIP: He wants to sell the land and marina currently leased for $40k per year to Ray Russenberger for $850k. This would include settlement of the outstanding legal fees for the Fish House lawsuit of $500k, netting the City $350. Robinson says this would increase boat access to the area behind the Fish House and generate either taxes for the floating homes Russenberger wants to build there or bed taxes if they are rentals. He also wants to disburse the $350k to each of the seven Council Members for $50k per district in improvements.
PROJECT TITAN: Facing a $45 million shortfall to secure the $56 million ask from Triumph, the Mayor thinks $20 million can be found with a little creativity in the short term from the Pensacola Airport. This still leaves $25 million to find, but does cut the gap almost in half.
PELICAN DROP 2019: He is open to looking at reestablishing the Pelican Drop downtown. However, Robinson also observed that he thought the crowds on Palafox for New Years Eve were pretty good for a night without an event.
IHMC MARINE RESEARCH FACILITY: In discussion with Dr. Ken Ford, Robinson thinks it’s probably not worth trying to convince the Triumph Board to fund this project. It’s better to focus on securing the Titan funding for the expanded Maintenance, Repair, and Overhaul operation at the Airport and not try for a second project. Ford still wants to pursue the project, and Robinson is optimistic it’ll still materialize at the Port of Pensacola, just not with Triumph funding.
Listen here: podcast.newsradio1620.com/post/5614/Grover_Robinson_-_Mayor_of_Pensacola.html