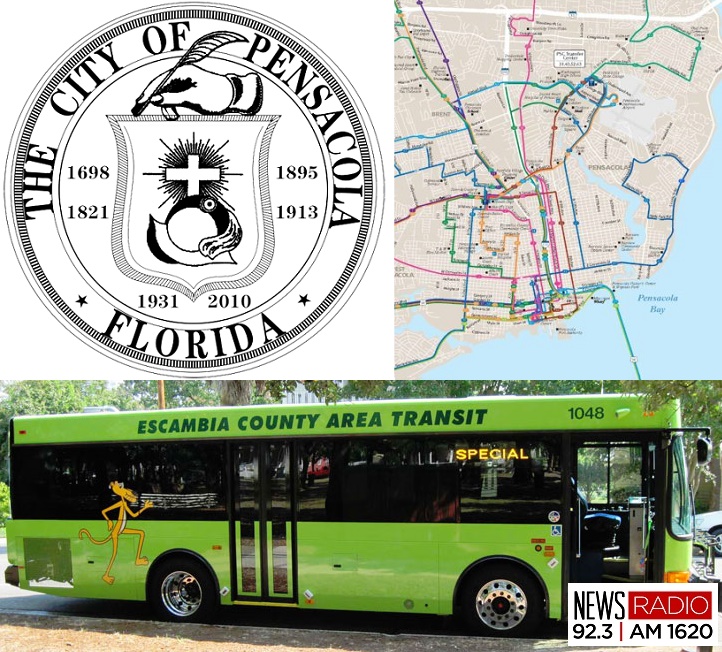 ECAT:  In his weekly interview (738 AM Wednesdays) this morning, Pensacola Mayor Grover Robinson said he would be open to the City running ECAT so long as the funding mechanism stayed the same and the gas tax came from the County to the City on a long-term agreement.  This question has been raised many times going back to Robinson’s tenure on the Board and most recently by Commissioner Doug Underhill because Pensacola proper has the most dense population and the most riders.  “If (the County) absolutely committed to long term funding, I mean putting it in there forever, we could certainly look at all those things and deal with it….at this point, we’re open to discussions.  I think we’re a long way from doing something.  But ultimately one way or another the County is gonna have to fund it because the County is the one that has gas tax control.”

PARKING:  Robinson tells NewsRadio that he would like to implement a “road diet” on Spring Street south of Garden, reducing it to two lanes from four and adding angled parking to improve the current 73 spots to 150.  He would also like those to be free after 5 PM and on weekends, allowing some of the parking burden to shift to the West side of Palafox.  Robinson also says he would like to see more aggressive promotion of the top levels of the City and County parking garages and even free parking in those unused areas.  As these are all matters overseen by the Downtown Improvement Board

SCHOOL ZONE SIGNAL CONTROL:  The City is giving control of the flashing signals in school zones over to the County at their Traffic Center as part of the Advanced Traffic Management System.  Robinson says the economies of scale mean that it only makes sense for them to handle it as opposed to the old system where each signal had to be physically activated by personnel at the site.