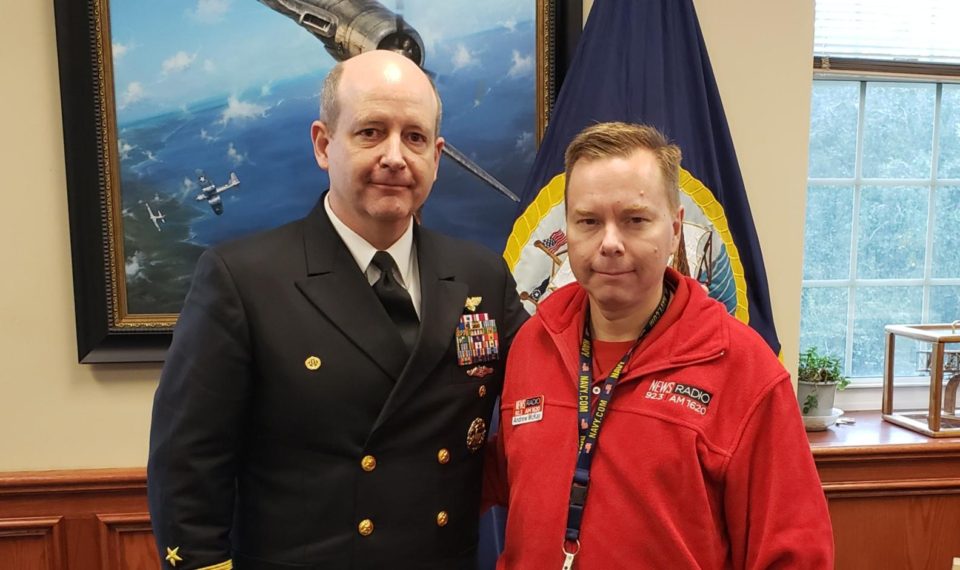 During a one-on-one interview with NAS Pensacola Commanding Officer Captain Tim Kinsella Friday  morning, Andrew McKay asked when civilians would be able to start using the National Naval Aviation Museum, the Pensacola Lighthouse, and other public amenities again.  Kinsella explained that the Base is currently operating like any other Naval installation, meaning that the exception allowing civilians to come on board before has been removed, until further notice.

As Kinsella said, “The Base, we are open for business.  The only difference now is for the Museum, the Lighthouse, and Fort Barrancas are now only open to DOD ID card holders.  So, before we had the enclave where folks would come on base just showing their Driver’s License.  So now we’re acting like a normal base, just like any other base in the United States, we’re under that kind of a policy now.  The museum will be under that policy until further notice, and the same for the Lighthouse and Fort Barrancas.  But the cemetery, that’s open for normal business.  So we have funerals there every day and people can still come and vist their loved ones who are interred at Barrancas National Cemetery.”

Kinsella added that there is a “Trusted Traveler” program for people who have friends who are DOD ID holders, but otherwise, access is limited only to those card holders. Obviously, this raises concerns about ongoing access to the public facilities on Base, but also about access to Blue Angels practices and the Homecoming Air Show.

On the question of whether Base personnel might be allowed to carry sidearms or other force enhancements, Kinsella said there are no plans to change the status quo.  In fact, he defended the adequacy of prior/current force standards, saying “First, let me say that our Navy security force personnel are adequately trained, they’re adequately armed, and the events of last Friday proved that they are the right people to do the job  They got in there quickly.  They did their job. They neutralized the threat, along with our partners at the Sheriff’s Office, and that’s where we stand for now.”