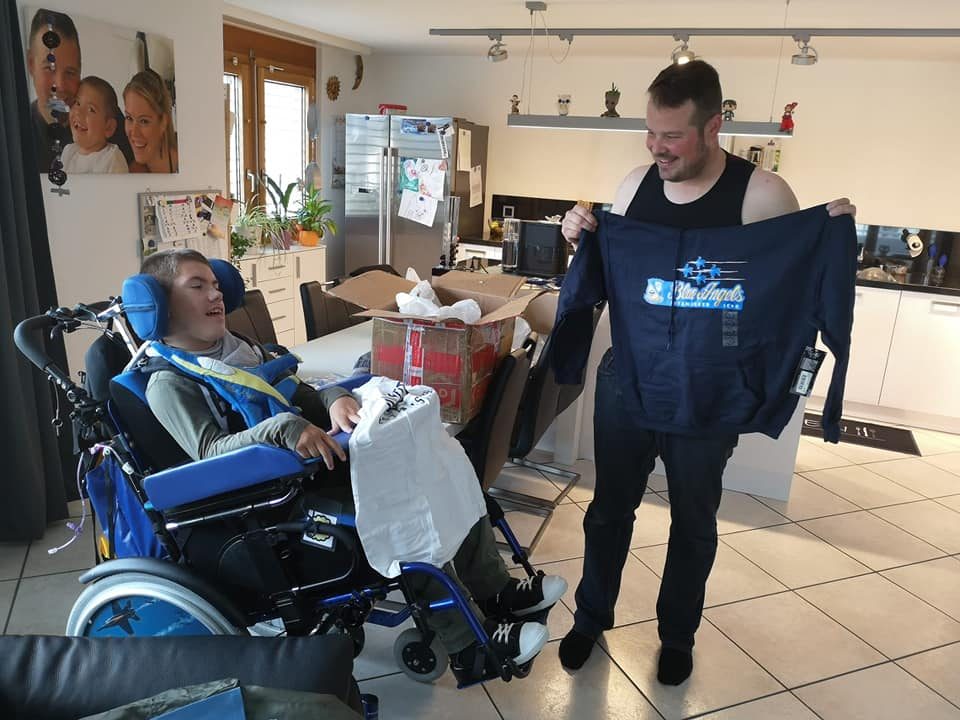 When Gary Lee made a new acquaintance on Facebook recently, he had no idea where that relationship would take him.  The avid remote control airplane enthusiast became friends with another RC modeler in Switzerland, ‎Michael Zentriegen‎.  While looking at some of his pictures online, Lee noticed a wheelchair in the background that appeared to have the Blue Angels as wheel decoration.  He asked Zentriegen about it and was told the chair belonged to his son, Giuliano, who is disabled and happens to be a massive fan of the Blues.  Lee told his fellow members in the Northwest Florida RC Modeler’s Club about this, and they took a trip to the gift shop at the National Aviation Museum to buy everything they could find to send to the young boy.  In addition, Lee repeatedly visited Blue Angels practices to get signatures from all of the current jet pilots and a “fan package” from the Team before sending a box stuffed with Blues gear to the boy.  As Lee told us, the look on Giuliano’s face when receiving the pachage was “worth a million dollars.”

SANTA ROSA COUNTY STILL NOT RECYCLING; IT ALL GOES TO THE LANDFILL; EXPECTED TO RESUME IN LATE NOVEMBER