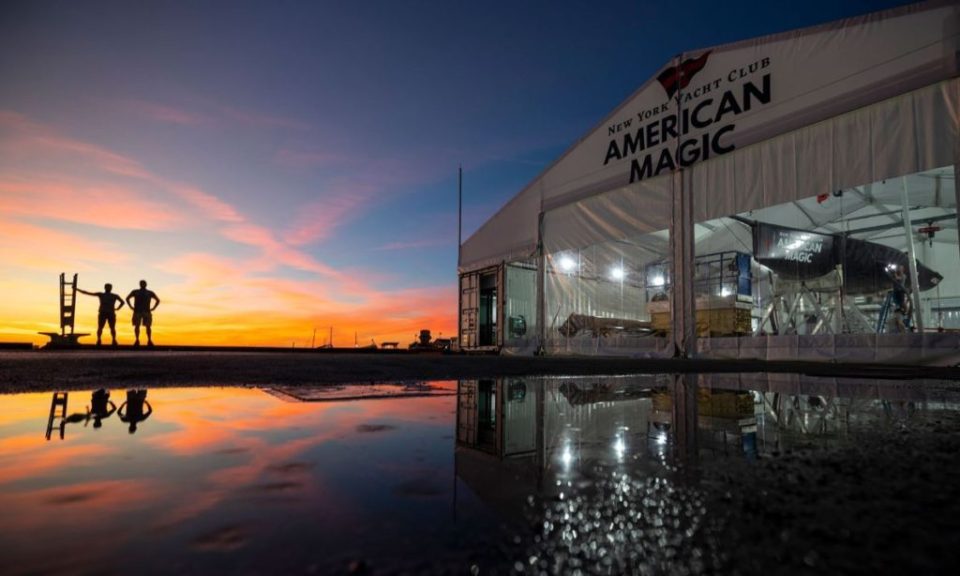 During a presentation yesterday to the Visit Pensacola annual meeting, Rear Commodore of the Pensacola Yacht Club Tom Pace, Jr. told the audience that the competitive sailing scene in Pensacola is experiencing unprecedented growth.  Following last year’s off-season training by the American Magic team, Pace says as many as three more foil teams are planning to train here this winter.  Two of the foiling trimaran class boats from the New York Yacht Club have already requested to come, and a third is expected to do so.

Pace offers a simple explanation for the surge in interest.  “That Bay is unique, not just in this country but around the world, in that you do have an 11 mile by 5.5 mile area of operation.  There’s no rocks to speak of.  It’s relatively shallow, 22-32 feet deep, but that’s deep enough so you won’t hit a keel.  We have almost no military traffic, and almost the only commercial traffic is a coal barge getting up to Crist or the Bridge traffic.  So what they have is a race track and a place to do it.  It’s attracted a lot of interest not only from in the country, but around the world.”

And of course all this attention is good for Pensacola’s tourism sector.  As Pace says, “What that brings are eyeballs.  So world sailing as well as US sailing, all the press is here.  There are spies from all over the world that want to look at their technological advance to see if they can copy it for their programs.  So little sleepy Pensacola now is thrust into the forefront of the sailing world, and there’s a lot of money and a lot of interest in that.  We’ve got a lot of stuff we can sell them.  We’ve got a lot of food, a lot of booze, a lot of hotels, amazing things to do here, which all of you know.”  The nice part is that these sailing enthusiasts want to come here during the Winter/Spring off-season, so they complement the Beach visitors rather than competing with them.

Pace says that the exposure Pensacola has gotten to the global racing community has caused the Yacht Club to receive at least a call per week now of major events wanting to come here, including one with 600 boats he had to turn down.  This spring, a group that is trying to bring European-style “stadium racing” to the United States will be hosting six races in Pensacola.  In these events, the boats are provided and a team merely has to show up with people to operate them, thus saving both the costs of owning the boat and transporting it here.   Pace says the plan is to build the future of this style of racing around Pensacola.  “They want to use Pensacola as a format for the united states.  We will be the template to go this forward.”