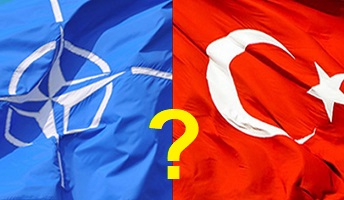 During an interview with NewsRadio 92.3, Senator Rick Scott (R-FL) implied that the United States should reconsider the nature of our alliance with Turkey.  While discussing Saturday’s successful operation to kill ISIS leader Abu Bakr Al-Baghdadi, Scott said contrasted the partnerships the U.S. has with the Kurds and NATO member Turkey.

“We’ve got good partners in the Kurds.  We’ve got to treat them as partners.  I’m very disappointed in…Turkey because they’ve invaded Syria.  I don’t believe we ought to be getting rid of the sanctions.  I mean  think about this, Turkey invades another country and buys the Russian missile system, the S-400.  They’re a NATO Ally, so they’re supposed to be trying to make sure Russia doesn’t invade Europe, and now they’re teaming up with them (Russia).  So, I think it’s great that we have a cease fire.  I think it’s great that we got Baghdadi.  I think We have to remember the Kurds are our partners, let’s treat them with the respect.  And let’s remember that Turkey today might be a member of NATO, which I think we oughta really be looking at that closely whether they should continue that, but they’re really not acting like our friend. “

Host Andrew McKay asked whether Scott believes NATO should consider expelling Turkey or whether they might simply leave in the next few years, to which Scott replied, “The way NATO works is there’s no process to kick people out  That was never set up when NATO was created.  They never anticipated there would be somebody like Turkey that would by the S-400 system for missile defense and try to be our partner and build an F-35 you can’t do both.  I think we have to sanction Turkey.  I think we have to make sure we’re not doing anything with them with regard to the F-35.  And the world’s got to say, “Erdogan, you’re not acting like a legitimate President of a country that wants freedom and democracy when you invade another country.”