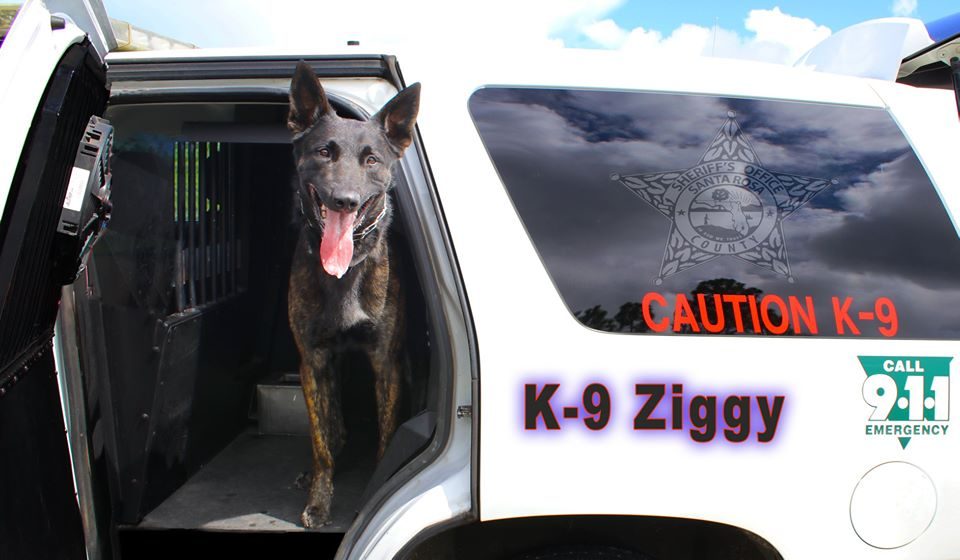 Several weeks ago, NewsRadio brought you the story that the Santa Rosa County Sheriff’s Office had made the decision to no longer train their K-9 officers on marijuana detection. As Sheriff Bob Johnson previously said, this was because of the difficulty of identifying legal hemp from illegal non-medical marijuana. He reiterated this today, saying, “What we’re doing is we’re waiting for this hemp issue to get through the Supreme Court, get through all the court systems, have the come out with a ruling, but the way we’re looking at it now, we’ve just put two dogs on the road and they are not trained on marijuana. So, we’re just preparing.”

However, for the first time today, Johnson said there’s a completely different reason for the course change which involves the future usefulness of his entire K-9 force: the expectation that Florida will decriminalize marijuana. “Sooner or later, recreational marijuana probably is gonna be legal here in the state of Florida. When that occurs, every dog on the road right now in the state of Florida that’s certified to alert on marijuana is gonna be totally useless when it comes to sniffing out any kind of drug. They can still be used to track people and bite people when they have to, that kind of thing. But their drug-sniffing days will be over. So we’ve taken that out of the mix. Our two newest dogs, they’ll alert on all the other drugs, but they will not alert on marijuana. So, we’re just kinda preparing for it ‘cuz it’s coming.“
As Johnson explains, although dogs can have new scents added to their alert repertoire, there’s no feasible way to retrain them to “unlearn” an alert scent. “Once they’ve been taught, you know, you can’t teach them to, ‘Okay, now when you smell that, don’t alert.” You can’t teach them that, there’s no way to. So basically what’s gonna happen is we’re just preparing for the future, and every time we replace a dog, a dog retires and we put a new one in there, we’re not gonna train them on marijuana, and that’s just, you know, being safe on our side.”

Johnson was clearly concerned about the implications to law enforcement across the state. “It’s huge, I mean, cuz you think about it, we’re not talking just Santa Rosa County or (the) Panhandle. If they legalize marijuana tomorrow, every single dog that’s trained to alert on drugs in the state of Florida that’s been trained to alert on marijuana detection is totally useless when it does to drug interdiction.” But the implications of this go beyond just drug interdiction because there are so many other crimes discovered or solved because of the use of K-9 sniffs, especially during traffic stops.

Meanwhile, a special congratulations is due to Deputy Shawn Swindell and his partner “Ziggy” for winning first place in agility in the USPCA National K9 Trials!