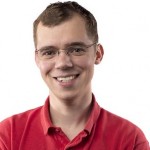 Paul is best known to listeners as the producer of Pensacola Right Now. But he is also the NewsRadio1620 Program Director, and the Production Director for both NewsRadio1620 and sister station CatCountry98.7.  His creative commercials have earned him several local and regional “Addy Awards” from the American Advertising Federation.

Hailing from the heart of Amish Country in Pennsylvania, Paul came to Florida in search of more sun and less snow. After acquiring a degree in Classical Guitar Performance from the University of West Florida, he realized his true calling was behind a microphone in a studio. He joined NewsRadio 1620 in 2007 as a part-time weekend audio board operator and the rest, as they say, is history. 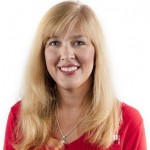 Sometimes you just need a PEP Talk, so Wendi focuses on positive news and features that affect your life, with a wide variety of local experts who make regular visits to the show.

Wendi moved from the mid-west to the Florida Gulfcoast in 1993. Her radio career began in Quincy,Illinois as a part-time weekend DJ. After settling in Pensacola, she became the morning co-host and Promotions Director for Q100 FM. Her next stop:  NewsRadio1620.   Wendi and her husband have a blended family with seven children between them.  In her spare time, she is shelling or snorkeling at the beach. She’s also an avid volleyball fan and coach. 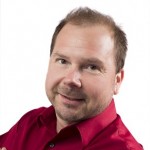 Each afternoon, Branden “opines” on the day’s most interesting news with commentary—and his own unique sense of humor.

Branden joined NewsRadio1620 in 2009, moving to Pensacola from Idaho, where he hosted the number one morning show inTwin Falls and Boise.  In Twin Falls, he created the “60 Hours to Fight Hunger” and to date, the initiative has raised money to feed more than 20,000 families. He was also active in several civic and charitable organizations.  In 2011, Brandon’s documentary “Living Homeless inPensacola” garnered him a First Place Documentary Award from the Florida Associated Press Broadcasters Association, and in 2012 he won a prestigious Edward R. Murrow regional award from the Radio Television News Directors Association.  The award was for his special program, “ESCO 24”—produced after spending 24 hours with the Escambia County Sheriff’s Department.

Branden always enjoyed the snow sports of Idaho, but now can be frequently found snorkeling off the beaches around Pensacola.